Since Summer 2011 members of the Civic Society have gained free entrance to several historic buildings participating in this new scheme, when accompanied by another guest who pays the entrance fee.

Berwickshire is particularly rich in fine historic buildings and it is always a pleasure to be able to show friends and family around on tours and visits. Now BCS members can return again and again, introducing different guests to their favourite buildings, at no additional cost to themselves. We are greatly indebted to the owners and managers of the participating buildings for their great generosity in taking part in this scheme, and the BCS hopes that members will repay their kindness by using the scheme at every opportunity, introducing many new paying visitors to Berwickshire’s great Castles and Houses.

Unfortunately, due to Covid-19 restrictions, the offer of free entrance is temporarily suspended until normal opening times are resumed.   The Society would like it’s members to support these historic buildings as much as possible in the present circumstances.

The Entrance Scheme members are:

Gunsgreen House
Once described as a ‘Splendid Palace’ built by a smuggler, Gunsgreen House overlooks the fishing town of Eyemouth. Built in the 1750s for infamous local smuggler John Nisbet from the proceeds of his lucrative trade, to this day, Gunsgreen is still a House of Secrets. Designed by John Adam, the leading architect of the day, a series of interactive displays shows how his special adaptations allowed John Nisbet and his brother David to cheat the authorities for years. 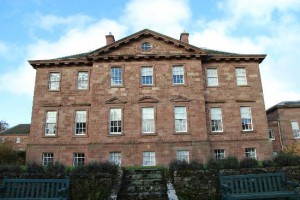 Paxton House
Situated on the banks of the river Tweed, Paxton House is a hidden gem. Built by the Adam brothers in 1758 for the young Patrick Home it is perhaps the finest example in Britain of an 18th century Palladian country house. 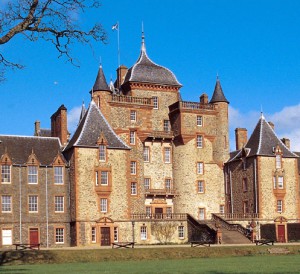 Thirlstane Castle
Set in the Scottish Borders near Lauder, Thirlestane Castle has its origins in the 13th century. It was rebuilt as the Maitland family home in 1590 and greatly enhanced by the Duke of Lauderdale in the 1670s. In 1840, it was extended and refurbished with the addition of two new wings. 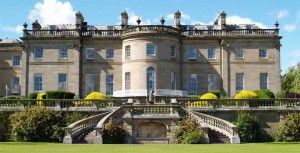 Manderston House
Manderston is the supreme country house of Edwardian Scotland; the swan-song of its era. This is a house on which no expense was spared with opulent staterooms, the only silver-staircase in the world and extensive ‘downstairs’ domestic quarters. It stands in 56 acres of formal gardens, with magnificent stables and stunning marble dairy. John Kinross the architect, when enquiring how large his budget was, was told that money was no object. It was built for Sir James Miller who married the Honourable Eveline Curzon, daughter of Lord Scarsdale, head of one of the oldest families in the country.

You can find out more about which cookies we are using or switch them off in settings.

The Berwickshire Civic Society holds contact data on all their paid members in order  to contact them about events and activities undertaken by the Society.

Members have the right to review their data, remove their data or restrict the use of their data.

The Society will not divulge personal information to any third party.

The Society holds contact details i.e. names,  addresses and phone numbers of all our members on a password protected spreadsheet.  This data is used by officials of the Society for notifications only.

Members can request to view the data we hold them and edit or remove their data from our members list by contacting the Honorary Secretary.

This website uses cookies so that we can provide you with the best user experience possible. Cookie information is stored in your browser and performs functions such as recognising you when you return to our website and helping our team to understand which sections of the website you find most interesting and useful.

You can adjust all of your cookie settings by navigating the tabs on the left hand side.

Strictly Necessary Cookie should be enabled at all times so that we can save your preferences for cookie settings.

If you disable this cookie, we will not be able to save your preferences. This means that every time you visit this website you will need to enable or disable cookies again.